Chief Executive Officer of YARD RE 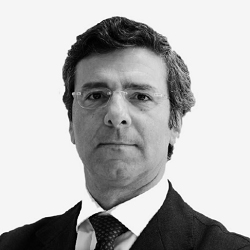 With more than 25 years’ experience in the real estate sector, Alessandro Pasquarelli has acquired an impressive track record in property investment, value enhancement and development transactions, which involved total investments of around € 2 billion.

From 2003 to 2015, he was the Chief Executive Officer of Euro Milano S.p.A., a company that developed and carried out large-scale renovation projects in Lombardy and Liguria, and from 2000 to 2004 he was the General Manager of the Consorzio Regionale delle Cooperative di Abitazione della Lombardia (Regional Consortium of Cooperative Housing of Lombardy), responsible for the coordination of 114 cooperatives with roughly 10,000 apartments and 500,000 square metres to be developed for housing.

He graduated in Business Economics from the Bocconi University of Milan and started his career in 1990 in economic research, specialising in SMEs. 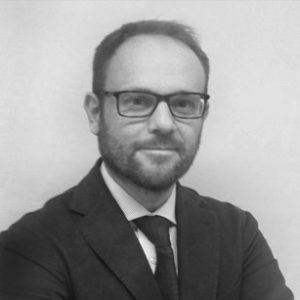 Paolo Perrella worked as an Equity Analyst for around 10 years, first in the RAS Finance department (Allianz Group) and then for ABN AMRO as a Member of the Pan-European Research Team in the Telecom sector.

After two years as Senior Manager at Interbanca – Equity Capital Markets, he worked for Telecom Italia, first as Head of Investor Relations, then as Strategic Planning Manager, reporting to the CEO.

Lastly, since 2007, at De Agostini S.p.A. he has held the role of Head of Investor Relations, dealing with relations with investors and monitoring and control of some of the Group’s major financial investments. 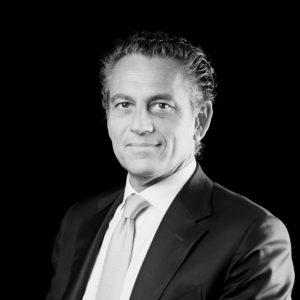 Stefano Scopigli has built up a substantial track record in the field of advisory services and management of secured loans.

He founded YARD CAM in 2010, a leading company in the recovery and valuation of non-performing loans in the real estate sector, in which he also currently holds the role of Chief Executive Officer. He started to accumulate a wealth of knowledge at the end of the 1980s, which he has consolidated and enhanced considerably over the years, when he held the position of Advisor at SIB (Servizi Immobiliari Banche),

In 2004, he was the Manager of the Rome Branch of Pirelli Credit Servicing, one of the leading independent servicers in the management of NPLs and, after just two years, was appointed the Director of large corporate asset division. 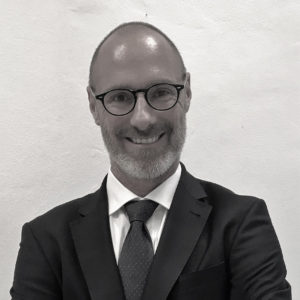 Michele Arcelloni boasts more than 20 years’ experience in the real estate sector and has been a Member of the Royal Institution of Chartered Surveyors (MRICS) since 2006.

Since 2009, he has been Managing Director of Innovation Real Estate, formerly First Atlantic Real Estate. He held the role of Head of Investments in Gabetti S.p.A. and, in 2003 became Head of the Investment Advisory Department at DTZ Italy,

where he acquired in-depth know-how in the management of complex acquisitions, valuations and disposal processes, working for some of the most important national and international investors.

Michele graduated from the Università Cattolica del Sacro Cuore (Catholic University of the Sacred Heart) of Milan in Business Administration. 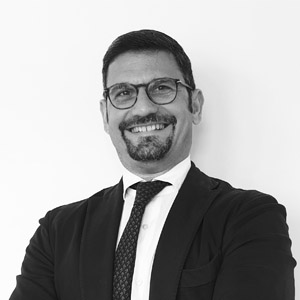 Paolo Orlando has 20 years of experience in the real estate field: he has been working as Director of Property Management for Innovation Real Estate S.p.A. since 2012, a company leader in the sector of real estate services.

Previously he held the position of Head of Property Management and Key Account for Abaco Servizi S.r.l., a company active in the management implementation and execution of technical services in the property sector. Paolo was also Head of General and Legal Affairs as well as

Manager of the Purchasing and Marketing Dept. for Abaco Team Costruzioni S.r.l., a company within the Abaco Servizi Group, operating in the construction sector in Italy and abroad.

From 1996 to 2006 Paolo worked as Head of Legal Dept. for Aareon Italia S.r.l., European provider of IT solutions for property management services.

He graduated in Law from the Sapienza University of Rome and began his career in 1995.